When select major studios began releasing their back catalogs as Manufactured on Demand DVD-R's, it was as if a new boutique cult DVD company had opened shop and unchained some of the weirdest and wildest films that Hollywood had locked away in its attic. Psychotronic movies that I half-remembered from childhood, had only read about, or that I'd never even heard of were coming at me, produced as they were ordered and only available online.

Adding to my enthusiasm for MOD titles is the fact that in most cases the picture quality is terrific and each film is shown in its correct aspect ratio. Elaborate menus are eliminated, as are extras, though sometimes a trailer will be included. Typically, the original poster art is reproduced on the jewel case, and that's something I wish more releases would adhere to. The only downsides are that most MOD's carry a hefty price tag, and due to licensing issues, they can be difficult to get outside of the U.S.

Over the past year I've ordered a number of MOD's, and I've been pleased with each of them. Titles in my collection include: Bad Ronald, Crescendo, Daddy's Gone A-Hunting, Night School, Nightwatch, Obsession, The Pack, and A Quiet Place in the Country; A Reflection of Fear, Hysteria, and Two on a Guillotine are on their way to me as I type. My favourite MOD's, however, are as follows: 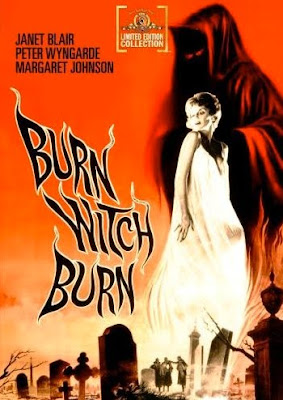 Based on the 1943 novel Conjure Wife by Fritz Lieber, Burn Witch Burn is a terrific supernatural thriller in which a university professor discovers that his wife has been practicing witchcraft. Forcing her to discard all her charms and practices, bad luck befalls the couple. As things grow steadily worse, the doubting professor has to put intellect aside in an attempt to put things right. 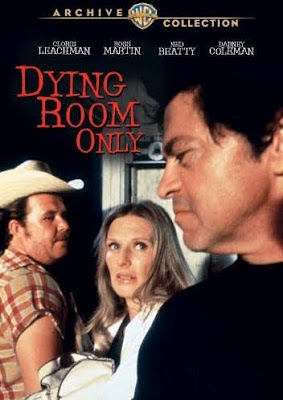 A TV movie that I saw as a kid and have never been able to forget, this tele-thriller involves a disappearance at a dessert gas station diner. No one believes the vanished man's increasingly frantic wife, but we're on her side all the way. Cloris Leachman is terrific in this Richard Matheson-scripted flick based on his short story. 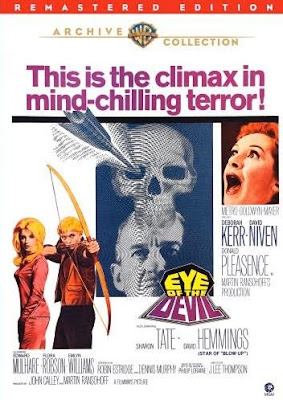 Though it's a little mannered, Donald Pleasence, David Hemmings and especially Sharon Tate cut through the sophistication to shake things up. Their performances are right in line with the astonishing opening of this film that's as exciting as anything I've seen, due to its very New Wave-influenced construction. Deborah Kerr discovers witchcraft in the family as she follows her husband (David Niven) to his ancestral estate in the French countryside. 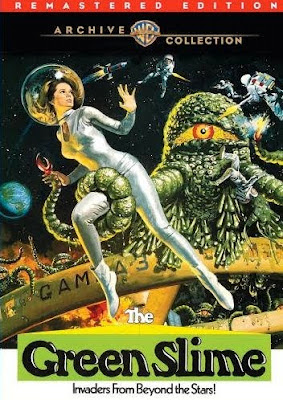 Goofy 1960's outer space entertainment as astronauts blast into space to destroy an asteroid headed for Earth, only to return to their space station with the titular menace tagging along. It's up to the three sides of a love triangle (Robert Horton, Richard Jaeckel & Luciana Paluzzi) to kick ass against the Green Slime. Fittingly entertaining theme song by Charles Fox. 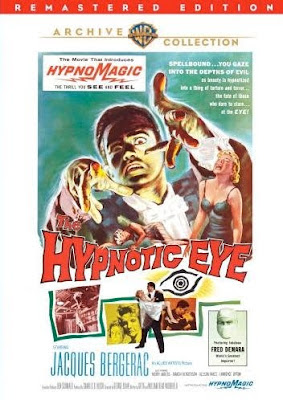 Fantastically lurid shocker about a hypnotist (Jacques Bergerac) who entices beautiful women to disfigure themselves. The detective on the case (Joe Patridge) gets frantically involved when his girlfriend (Marcia Henderson) becomes a target of the hypnotist and his assistant (Allison Hayes of The 50-ft Woman). Though it almost comes to a dead stop with a 10-minute audience participation hypnosis scene, The Hypnotic Eye features more than its fair share of memorable set pieces. 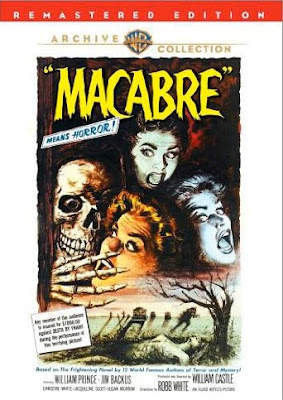 An unpopular doctor (William Prince) and his lovestruck nurse (Jacqueline Scott) race against the clock to find the doc's kidnapped daughter in Macabre, William Castle's first stab at horror. To add to the duo's difficulties (and the audience's schadenfreude), the little tyke has been buried in a coffin somewhere. The template that Castle would repeat in all his thrillers is in place here: a couple of good scares, a nifty though hole-riddled plot, and enough entertainment to kill the entire Cirque du Soleil troupe. And that's good enough for me. 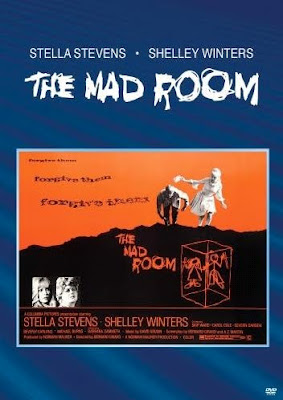 Stella Stevens retrieves her younger brother and sister from a mental institution years after one or both of them murdered their parents. She brings her siblings to live at the remote home where she works for Shelley Winters, and in so doing, opens a jarful of preserved gothic crazy behaviour. An update of Ladies in Retirement, the opening images of The Mad Room stayed firmly entrenched in my brain when I caught it on the late show as a kid - childish drawings of flowers and other objects scrawled in blood on the walls of the just-murdered parents' bedroom. Though you may figure out what's going on, it's always entertaining to watch Stevens and Winters claw at each other, and Beverley Garland shows her stuff as a woman who deals with her cheating husband by drinking. 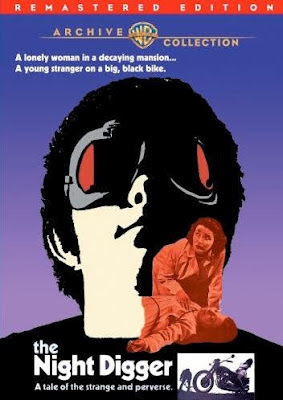 A daughter (Patricia Neal) and her blind mother (Pamela Brown) take in a young man (Nicolas Clay) to help them maintain their crumbling estate. Unfortunately, he's the serial killer whose been traveling England on his motorcycle, raping and killing women. Some memorable scenes, dialogue and performances in this Roald Dahl-written thriller. The three leads in particular are terrific; it's fun to watch Neal and Brown crush each other's spirits, and Clay is convincing as a charming psychopath. This was Neal's first film after suffering a stroke, and her husband Dahl cleverly incorporates it into the screenplay. The ending, while a nice variation on a theme, is undone by the way its put together, and by the fact that it's hard to look beyond the 1970's Tam o' Shanter Neal wears during the film's climax.

For a complete list of MOD's available, visit this Video ETA link. It's updated frequently. For those looking to purchase MOD's outside of the US, Amazon.ca (replace "ca" with your country's suffix) to the end is an obvious choice. Although the company itself (other than the US version) doesn't sell them, sellers who use Amazon's service does. Diabolik DVD is also a good place to order MOD's, as they have no problem shipping outside the US, and they also have a section dedicated to the format.

Very nice post. I, too, love those Warner Archive discs and I've been wanting to expand my collection but money's tight. I especially want to buy Night Watch, because the version I downloaded is awful and cut. I've got to have that insane ending in pristine quality!