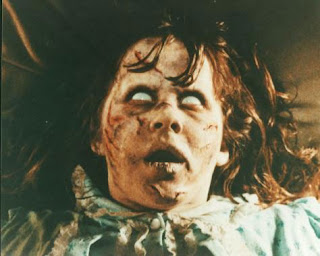 From Miss Jinx over at Totally Jinxed via Tim Grant of Post-Mortem Depression:

“Below are twenty horror films which are universally accepted as classics listed in alphabetical order. Just rearrange the list by cutting and pasting them into your own order based on how you would rate them. For instance, if you think that "The Hills Have Eyes" is a better movie than "Hellraiser" then cut and paste it higher up in the list. Repeat this with all the titles until you have your own personalised top twenty. Other people will then be able to see if you have the same tastes in horror as them or not.”