My second flick was a 50's Sci-Fi inspired short called Attack of the Angry Moon Cats. It stars Rob MacDonald as a reporter who sees a UFO landing (it was running low on plutonium) while making out with his girlfriend (Gina Rahman). The two aliens onboard (Glen Boswall and Nick Grant) kidnap Gina, and no one will believe Rob, who then takes it upon himself to defeat the Moon Cats and get his girlfriend back.

In an arty shot that could only have been inspired by the music videos of the day, Rob and Gina's hands are pulled apart as Gina is abducted. 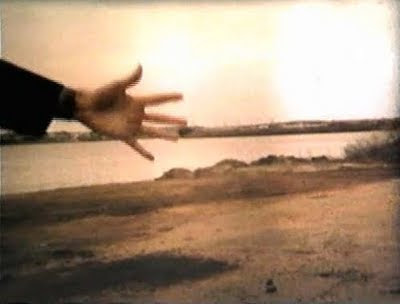 Here, Rob makes his way through the corridors of the alien spacecraft. 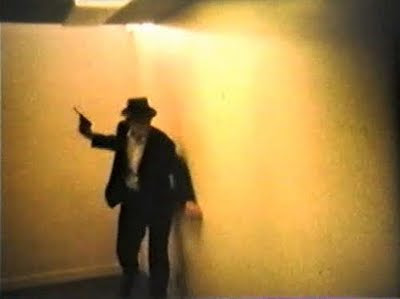 And Nick, the alien, shoots his ray gun in response. 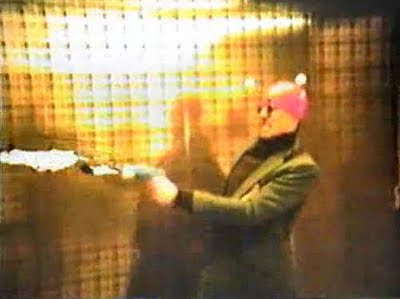