Two images from the first flick I ever made, a Scarface inspired short called Goodbye Colombia.

At the film's climax, after the heroine (Chris Ainsley) has stabbed the hero (Sam Shalabi) to death, she answers the door only to be greeted by the villain's (Glen Boswall) handgun. 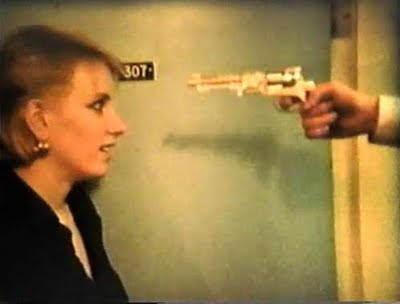 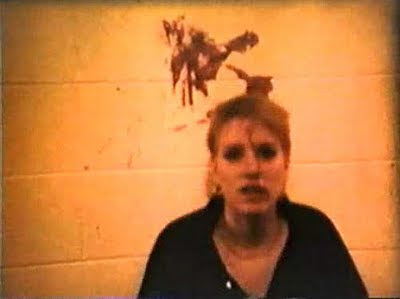 I MUST see these.

Mmmmmm, Kelly. I dunno. You can see clips from both of them in the Chimp video for The Living End: http://www.youtube.com/watch?v=NfbqTew7RCg

By the way, I'm supposed to stop by The Green Man. Gotta get on that.