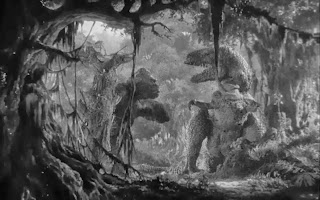 King Kong, the movie, is legendary. Beautifully conceived, cast, directed, photographed and animated, it stands as one of cinema’s great works of imagination. And that’s to say nothing of Kong the creature, a raging beast. He’s frightening in his single mindedness and disregard for anyone and everything around him. Twice separated from his object of what… lust? love? curiosity? – Kong stomps, chews, tears, and climbs his way through Skull Island and New York City, leaving a trail of destruction behind him that is cleverly addressed in the follow up, Song of Kong. Twice remade but never matched, King Kong has earned its title as the Eighth Wonder of the World.