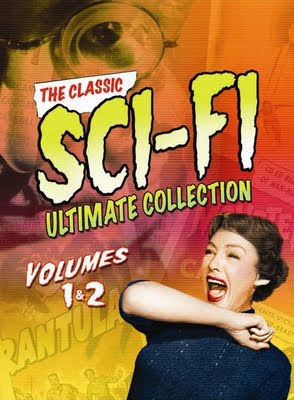 Back in 2008, Universal Studios released The Classic Sci-Fi Ultimate Collection Volumes 1 & 2, a complete 10-movie, 6-disc compilation of their previously released multi-movie sets. Eventually, I got around to picking it up, as it contains a number of movies I've either always wanted to see or that I've wanted to revisit. My partner and I have just started to go through the collection, and we began with one of those movies I'd always wanted to see - Tarantula. 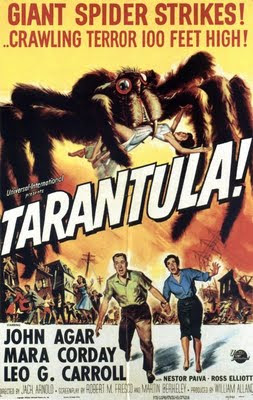 Tarantula (1955, 81 min.)
John Agar is a small town doctor and Mara Corday is a scientist-in-training newly arrived in town to assist scientist Leo G. Carroll. Carroll is very secretive about what's going on in his lab (Don't tell him I told you, but it's got something to do with using radiation to increase our food supply), so much so that when the deformed corpse of his former colleague is found in the desert, Carroll dismisses it as the result of an atypical rapidly progressing disease of the thyroid. It's only a matter of time before Agar and Corday are falling in love, one of Carroll's lab creatures escapes (hint: check out the movie's title), and Carroll himself becomes affected by radiation via another victim of his lab work. From there on in, it's a race to defeat the massive and quickly growing arachnid before it can destroy Smalltown, USA. 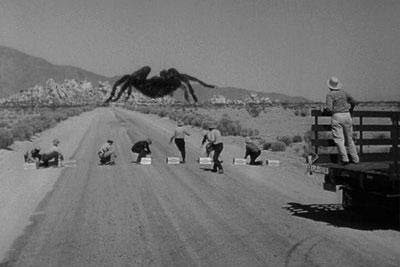 Directed and co-written by Jack Arnold, Tarantula is a fun movie that drags only rarely due to familiarity with the giant-bug-on-the-loose formula. The special effects hold up for the most part, and the cast delivers solid performances all around. The subplot involving Carroll's quickly advancing illness adds a unique touch to the aforementioned formula plot, as well as the opportunity for some mild shock moments as the stages of his condition are revealed. Clint Eastwood is also on hand, obscured by military gear, in an early and brief appearance as an air force pilot. 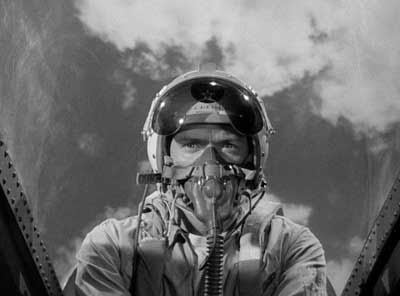 Director Arnold is responsible for some of the most fondly remembered Sci-Fi flicks of the 1950's, yet he hasn't received the level of attention he deserves. Perhaps The Classic Sci-Fi Ultimate Collection Volumes 1 & 2 will do its part over time to help rectify this. Stay tuned. Arnold will turn up again as we delve further into this collection. 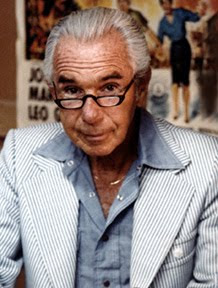