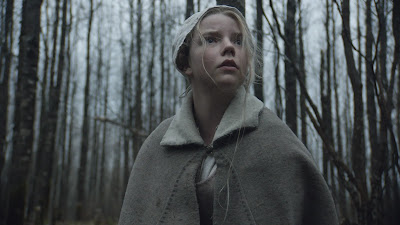 If you haven’t seen The Witch, please don’t read what follows, as it’s spoiler laden.

The Witch is a movie that divides audiences. The major complaint its detractors seems to have against it is that ‘it’s not scary’. Whatever that means.

When I hear that complaint, my first thought is, “I wonder how they watched this movie? Did they watch it on a computer monitor or some little screen? Were they absent of distractions? Did they have excessive expectations of what they were about to see?”

Regardless of the answer to the above, I honestly believe that The Witch is a movie best seen in the theatre where the image and sound overtake you, where the experience is bigger than anything else around you. Regardless, I get that The Witch isn’t a movie to everyone's tastes. No movie is.

From my perspective, The Witch illustrates how a belief system forces someone to become what its adherents believe her to be. I can relate to that, and the notion, to me, is scary.

The Witch is, first, a horror movie that is propelled by a sense of isolation and fate, heading, with moments of false hope, towards its seemingly predestined conclusion. Though this was director Robert Eggers first feature film, he has such a command of what he’s doing that it’s hard to believe.

It is also a film with extraordinary performances, unnerving music by Mark Korven, and intense attention to detail. Its dialogue is written and spoken in Olde English, and its language is as dense as the forest that surrounds the farm of the outcast family, and hides not just one witch, but perhaps a coven. In that regard, the dialogue can sometimes be difficult to discern, but that rarely detracts for long.

And Poor Thomasin; she gets it from all sides. As the family begins to lose, first, hope and then their grip on reality, we fear for what is in store for her. Whether her ending is a release or a role she’s forced to take on is open for interpretation. 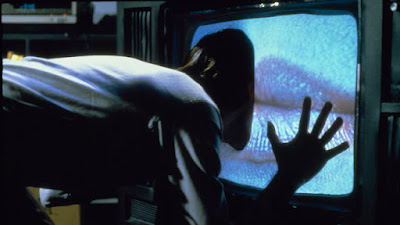 I saw Videodrome when it was first released to theatres in 1983. I was (and am) a fan of both Cronenberg and Debbie Harry. When I walked out of theatre after that first viewing, however, all I could think was, ‘What the hell was that?’

The fact is, Videodrome was years ahead of its time. It’s a metaphor-heavy movie that uses body horror to expand upon Marshall McLuhan’s notion that ‘The medium is the message’, and in this case, we become the medium.

Max Renn manages an adult content cable TV station. His tech guy introduces him to Videodrome, a show comprised of only sex and torture that he’s discovered via short bursts of glitchy transmissions. Max becomes obsessed with tracking the show down for his network, and along the way becomes ‘the new flesh’.

Gory, surreal, visceral and intelligent, Videodrome is a brilliant piece of work that becomes more and more prescient as time passes.