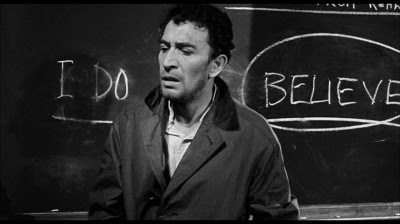 Adapted from Fritz Leiber’s novel Conjure Wife, by Leiber, Richard Matheson and Charles Beaumont, Burn, Witch, Burn! is an outstanding and contemporary look at witchcraft. Blair is the practitioner, and Wyngarde is the husband who tries to convince her that it’s all superstitious nonsense. However, it’s Wyngarde whose perceptions end up altered.

Smart, entertaining and suspenseful, Burn, Witch, Burn! deserves more recognition, and is, in many ways, a precursor to Rosemary’s Baby. Here, however, the heroine’s husband refuses to believe in her power until he’s shown otherwise. In fact, the film hints at the notion that women in general posses a necessary power that men, through our blindness, refuse to acknowledge. 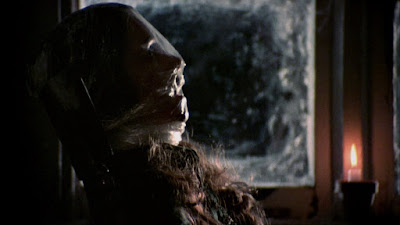 The original “the calls are coming from inside the house” flick. Sorority sisters are stalked in their home by a madman in the attic. Simple and effective, but it's that simplicity supported by a potent setting, atmosphere, score, cinematography, direction and acting that make this proto-slasher a standout. The characters, too, are another key to the film's success. They, and their problems, are memorable, believable and relatable. It also doesn't hurt that, for my money, Black Christmas features the eeriest obscene phone calls in any film I've seen, er... heard. Finally, and significantly, Black Christmas successfully exploits and subverts all the elements of a Canadian Christmas to its best advantage – the snow, the cold, the lights, the carols, the quiet and the Yuletide loneliness. 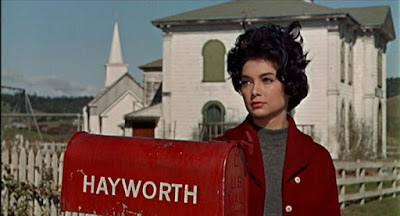 How do you follow up a groundbreaking hit like Psycho? With more innovation, in the case of Alfred Hitchcock.

The Birds is a cunning movie with many layers. Hitchcock sets it up like a romantic comedy, and then turns it into the horror film that it truly is. The film's structure is iconic, having influenced George A. Romero's Night of the Living Dead (1968) and countless others, no explanation is given for the attacks which echo the disharmony amongst the film's human characters, children are targeted, the ending is ambiguous, it's a technically challenging film, and there's no music; instead the screeching of birds gives us the soundtrack here.

Like all Hitchcock films, The Birds is intensely visual, pure cinema. The suspense is outstanding, of course, but it's the characters that drive this movie, and the audience is asked to fill in the gaps between characters that are only hinted at in glances and actions.

Suzanne Pleshette's Annie Hayworth is unforgettable, one of the most tragic characters in all of Hitchcock's films, and a sort of sister to Janet Leigh's Marion Crane in Psycho, unlucky in love rather than merely disappointed.

Another version of this post originally appeared on November 5, 2007.

This movie has been written about ad nauseum, and it's so well known that it's a part of pop culture history. The premise isn't far removed from that of a slasher film - a group of stranded people are killed by a stalker, one-by-one. Elements of the film are also reminiscent of "It! The Terror from Beyond Space" and Mario Bava's "Planet of the Vampires". Still, it's a scary and suspenseful outer space horror movie with terrific effects and an iconic villain, one of the last (to this date) great monster designs.
Though the first sequel, "Aliens", is the preferred alien flick by many, I still prefer the original. I like its emphasis on horror and suspense over the second film's focus on action scenes. And I find the original alien infinitely more scary than those in the sequel. The original creature is almost unstoppable, while the creatures in "Aliens" are easy to destroy, finding their strength in numbers.
Ridley Scott's direction is controlled and builds suspense terrifically. The script by Dan O'Bannon is smart, and the score by Jerry Goldsmith is eerie and effective. The cast are all perfect, with Sigorney Weaver being a standout. The unexpected arrival of the baby alien is one of horror's classic moments. File this movie under "You Must Have Seen This By Now" category.