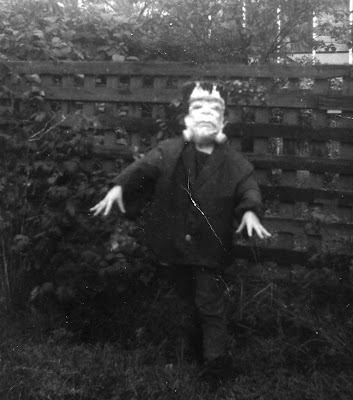 MAKING OUR WAY THROUGH THE CLASSIC SCI-FI ULTIMATE COLLECTION VOLUMES 1 & 2: "MONSTER ON THE CAMPUS"

It’s been a long time coming, but here's the second flick my partner and I watched in Universal's The Classic Sci-Fi Ultimate Collection Volumes 1 & 2: 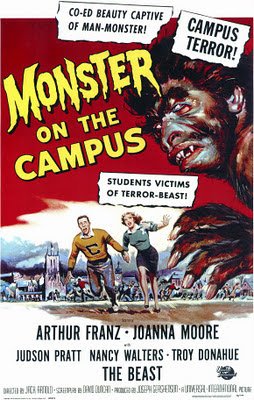 Did Paddy Chayefsky maybe see this flick before he wrote Altered States?

Jack Arnold is again at the helm, this time directing a much-maligned Jekyll & Hyde-at-college monster movie. Maybe it was my lowered expectations based on the negative comments I’d read about Monster on the Campus (the addition of “the” makes this title more awkward that it needs to be, don’t you think?), but I enjoyed this short ‘n sweet programmer.

Simply stated, Monster is about a college professor (Arthur Franz) who pricks his finger on the tooth of a prehistoric fish and regresses to Neanderthal Man status for brief periods of time, killing folks, destroying property, and terrorizing the campus. A German Shepard and a dragonfly get in on the prof’s prehistoric monster act, adding bonus creature thrills, and Troy Donahue shows up as a student/dog owner/lab assistant, adding teen heartthrob thrills to the proceedings. 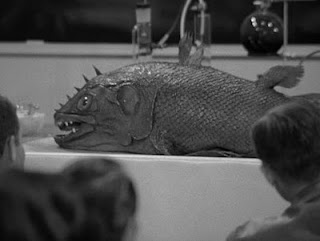 Monster has pretty much everything I look for from 50’s Saturday matinee entertainment: creatures, science, the prerequisite romance (courtesy of movie fiancée Joanna Moore), a sense of do-or-die, a short running time that leaves no room for padding, and a couple of genuinely creepy moments (i.e. the discovery of one of the prof’s victims, found dead and hanging by her hair). It’s also got making-monsters-out-of-nothing-at-all makeup by genre stalwarts Bud Westmore and an uncredited Jack Kevan (It Came from Outer Space, Creature from the Black Lagoon). 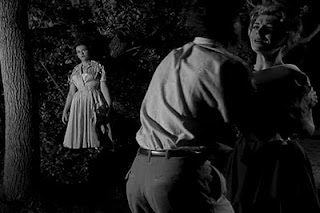 But more than all that, Monster provides an interesting character arc for its combination protagonist/antagonist that starts with his excitement at scientific discovery, turns into his sneaking suspicion that he might be responsible for the deaths of innocent people, and culminates in his realization that he has to do something to stop himself. It’s a level of pathos that approaches that of the superior The Wolfman, and adds weight to this creature feature. When Franz started to doubt himself, I was hit with that “uh-oh” fated feeling that says in essence, “Well pal, we’re doomed. It’s only going to get worse for us from here on in, so let’s just go through the paces until our time is up.” 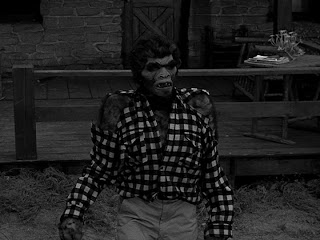 My only real beef with Monster is when it turns particularly silly on a couple of occasions (and I freely admit that these goofy moments may have actually added to my enjoyment); once when the prof accidentally drips prehistoric fish blood into his pipe and smokes it (!), and again when he devises a solution for stopping his alter ego that is elementary and needlessly convoluted all at the same time (no spoilers here). Despite these moments that make it seem as if screenwriter David Duncan were running out of time and just needed to make a couple of events happen, Monster gave me what I wanted. And in less than 80 minutes. Try that, James Cameron. 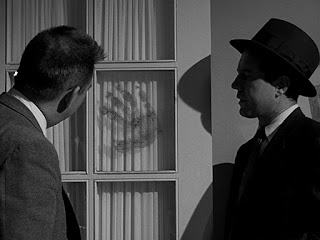