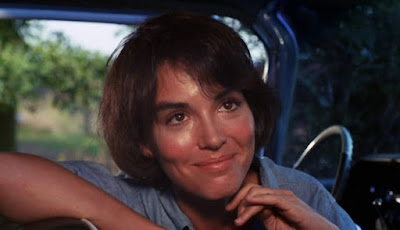 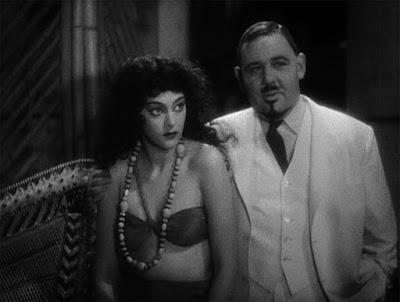 I can only recall twice considering something obscene because its uncanniness nauseated me. The first was while reading Bram Stoker’s Dracula, specifically while Stoker describes the count scaling the exterior walls of Castle Dracula with his bare hands. It struck me as so wrong that it turned my stomach.

The second time was while watching the classic pre-code horror movie Island of Lost Souls. Here, Dr. Moreau is all too anxious to see what happens when a man mates with a woman who is for all intents and purposes a panther. That made me feel more than a little queasy too, especially as it plays out here.

Key to the movie’s lurid success are the performances of Charles Laughton as Moreau (so leering, so perverted) and Kathleen Burke as Lota, “the Panther Woman” (so catlike, so needing of affection). Also adding to the so-wrong-it’s-right atmosphere is the village of Moreau’s failed experiments, half-animal, half-men grotesqueries, led by an unforgettable Bela Lugosi as the Sayer of the Law. These unfortunates, stuck between their reality as animals and their nightmares as humans, fear The House of Pain, where they are tortured, experimented upon, but mostly die.

H.G. Wells was reportedly outraged by Paramount Studios’ adaptation of his novel, but it’s a classic that demands to take its place along with the great films of the era.