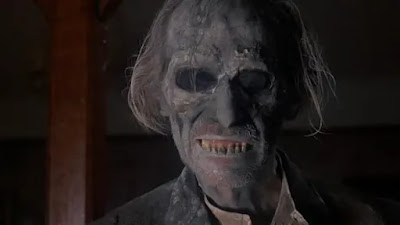 Tales from the Crypt

While Hammer Films was transplanting their gothic horrors to modern day settings in the late 1960s and early to mid-1970s, amping up the nudity and violence, and adding doses of tongue in cheek humour, their fellow UK horror specialists Amicus Productions was making a name for itself by focusing on anthology horror films such as The Vault of Horror, Asylum and From Beyond the Grave, among others. And while personal favourites may vary, Tales from the Crypt is readily mine.

Taking its name and stories from classic EC comics, as did Vault of Horror a year later, Tales from the Crypt sees five people who, on impulse, decide to tour nearby catacombs in order to kill time. Once in, the Crypt Keeper tells each a story highlighting his or her misdeeds.

The second story - Reflection of Death - is the weakest of the five tales, but it’s entertaining nonetheless, and for my money, the other four stories are as good as this stuff gets. Gruesome and ghoulish, Tales from the Crypt is thoroughly entertaining and utterly satisfying. 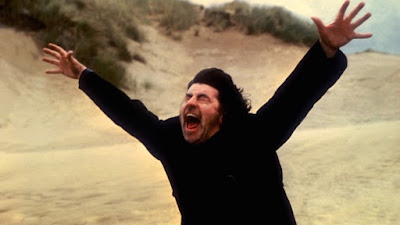 The Shout would make a perfect and gloomy double bill with Andrzej Żuławski's excellent Possession, featuring a truly outstanding performance from Isabelle Adjani. The Shout, however, is a unique, unusual, and intimate horror film in its own right, that builds in volume, and echos long after it’s over.

It tells the story of a couple who lives in rural Devon; he’s a composer who works with weird electronic sounds. One day a stranger (Bates) comes into their lives. He claims to have learned a shout from an Aboriginal shaman that results in the death of those who hear it…

Watching the The Shout is like watching a couple’s relationship implode in slow motion. All the hints are there, too large to ignore, and popping up like warning signs as things become inevitable - the subtle clues that their connection is in danger, the suspicions that something not right is going on, the feeling of being forced out.

In fact, it’s the central relationship between York and Hurt, and the third that Bates brings to the dynamic, that truly gives The Shout its impact. These three actors deliver outstanding performances that bring the viewer in when it’s required, push us out when necessary, and keeps us guessing and hoping for 86 minutes.

There are other things at work here too, concepts that are undercurrents, or maybe more fittingly, tones that add weight to the slow motion catastrophe taking place in front of us, and which, as only viewers rather than participants, we are unable to do anything about. For example, the natural world is very much present and at odds with the artificial world (the unnaturally natural shout vs. Hurt’s electronic recordings). Present too, is the way the old world, represented by the shout itself, becomes at odds with that most British of sporting events, the cricket match.

It’s the nature of the shout and its impact on our modern world that has me thinking that The Shout very much belongs to the category of Folk Horror, an enticing and unsettling type of horror film that hints at the power of things we have buried long ago, not because they were useless embarrassments, but because they were all too powerful. 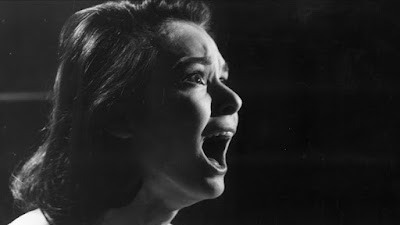 Scream of Fear (aka Taste of Fear)

The best of Hammer Films’ Mini-Hitchcocks, Scream of Fear is a tight, black and white psycho-thriller in which wheelchair-bound Penny returns to her father’s home after years away at school. Of course, all is not right.

The less said about the plot the better, so suffice it to say that it’s got shocks, eerie imagery, terrific performances and a brisk pace. It truly stands out from others of its kind - Nightmare, Hysteria, the much loved Paranoiac (that mask!), et al - in terms of delivering plot and effective twists. 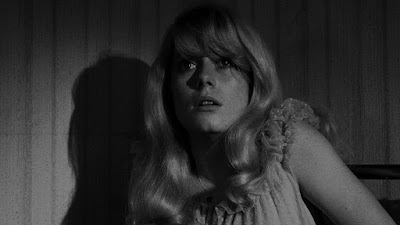 With the desire to reach an English-speaking audience, Roman Polanski followed his Polish feature film debut Knife in the Water with this low budget horror film. The popularity of the genre and the minimal budgetary demands of the concept created by Polanski and writing partner Gérard Brach meant that they were able to eventually interest a studio in backing the film.

Repulsion is the first of what’s come to be known as Polanski’s Apartment Trilogy, followed by Rosemary’s Baby and The Tenant. A then unknown Catherine Deneuve is Carol, a young Belgian newcomer to England who shares an apartment with her sister Helen. Though Helen is sexually active, Carol is detached and uninterested in the advances of men. When Helen leaves on vacation with her lover, the true extent of Carol’s detachment emerges, as Carol finds the world around her filled with decay and sexual menace.

Following a simple but effective narrative, Repulsion does a stellar job of bringing the viewer into the mind and world of someone suffering from a psychotic breakdown. In Carol’s refusal to share what she’s experiencing with those around her - strangers appearing in the apartment, being attacked in her home - we feel her loneliness, even though people are everywhere around her. She is so out of step with those others, however, that she is absolutely in a world of her own. It’s that connection that the viewer feels with Carol that gives this film its unique perspective, and that adds additional weight to what she - and we - experience in Repulsion.