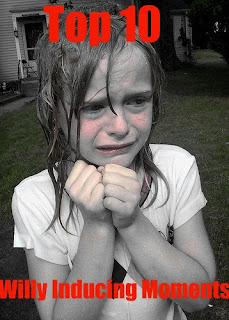 As per The Horror Digest, here are My Top 10 Willy Inducing Moments in random order: 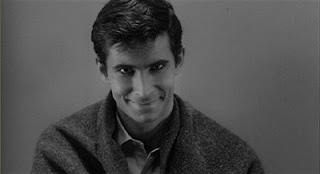 The look Norman gives the audience... that's right, he looks at the audience, breaking the 4th Wall in such a way that we don't even realize it at the time... at the end of "Psycho". This, mixed with his "I wouldn't even hurt a fly" speech, is shiver time... even before Mother's skull appears in a double exposure. 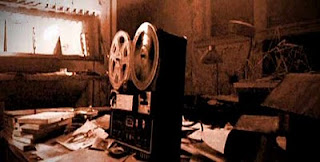 The final voice over from the reel-to-reel recording of the final session... when we finally hear from the personality known as Simon and discover exactly where he lives... Goose bumps. 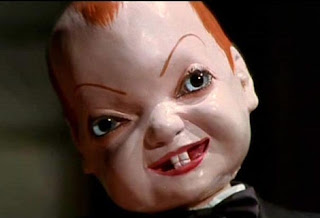 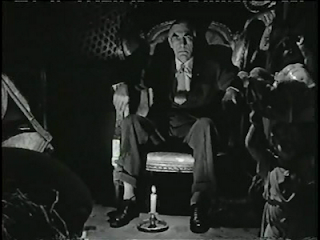 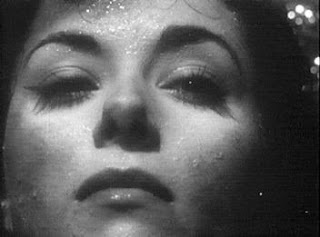 The pay-off (later) to this innocuous dialogue:

Becky: [laughs] I'm not the high school kid you use to romance, so how can you tell?

Miles: You really want to know?

Miles: [after kissing her] Mmmm, you're Becky Driscoll, all right!

Those video transmissions; unclear images of something... bad.

Robert Blake makes a phone call to himself... and answers at the other end.

The "Whose hand was I holding?" scene. 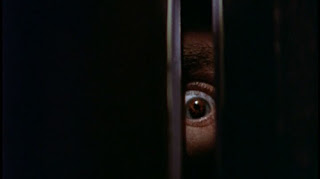 Many moments to choose from in this one, but the eye through the crack in the door has it! 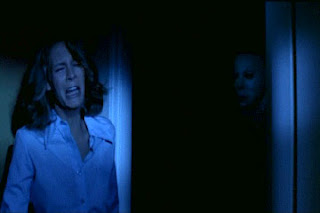 Michael emerges from the darkness behind the world's most famous Final Girl. A semi-slow burn.

Prince of Darkness for sure. The whole bit from the hand into the mirror onwards just creeps me out!

We have the same HALLOWEEN moment. Probably my favorite scene in any movie, horror or otherwise. Great list!

Thanks Amanda & Fred. Fred - Great list you've got there. All of your moments are also faves of mine. Amanda - Where's your list... Gonna do one that's Your Top 10 TV Willy Inducing Moments?... Please...

Lynch's Lost Highway when Fred pops the tape he received in the mail into his VCR and realizes that someone's been inside their house videotaping them while they're asleep. Cre-e-e-e-p-y!
I also second your Deep Red and Halloween moments.