Last week I asked a few people on my Facebook page, people from whom I've either read writing or comments on the subject, or people whom I've talked to about this, to give me some suggestions for... what do we can them... Midnight Movies? Cult Movies? Subversive Cinema? Underground? Psychotronic? You get the picture... Movies that have either been ignored or forgotten by the mainstream, rejected by it, or in some cases, never even hit its radar.

Friends of these people began commenting, and pretty soon I ended up with a terrific list of movies worth seeking out. Some of them you'd expect to see on a list of this types (Eraserhead), but many were unique to similar lists I've seen (You Never Can Tell). I had no intention of publishing the list, but it was so good that I had to.

Click on each of the images below to enlarge and to print. If you're interested in these sorts of movies, you'll no doubt find some suggestions here that you'll want to hunt down. 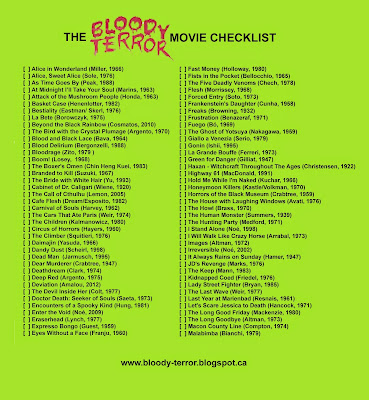 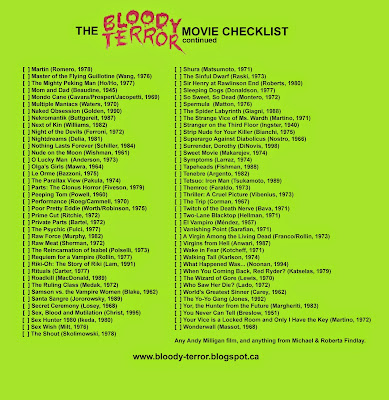