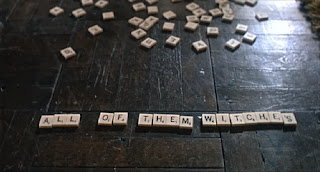 Ira Levin’s novel Rosemary’s Baby was the first I read non-stop, staying up all night when I was a young teen to reach its end. Roman Polanski’s film adaptation is well documented as being incredibly faithful to its source, and happily for me, that translates into the film having the same power to fascinate as the book. A look at contemporary witchcraft and devil worship, the film is also a true feminist tale in that it clearly illustrates the way a woman can be used by men and even other women as a vessel, as well as demonstrating how society can perceive a pregnant woman as paranoid and unstable. A wholly engrossing experience, Rosemary’s Baby is the best kind of paranoid entertainment, the kind wherein everything that has come in earlier scenes gains new meaning as the plot reveals itself.

Though I'd seen the film many years ago, I only recently read the book and was amazed at how faithful the adaptation was. So far, loving your list of films. Can't say there's one I don't agree with based on the ones I've seen.

Thanks a lot, Sean. Only two more to go. Am I gonna lose you with one of them? Let's see.

Doubtful. Though there are a few on your list I've yet to watch, the others are spot on. Kudos for the inclusion of The Brood. Very underrated film that many have never heard of.

If you get a chance, check out my site, thisoldhauntedhouse.com. I've been wanting to do more with it but plan to devote more time to it in the future.

I'll check it out, Sean. Thanks for the link. There seems to be a problem with adding and deleting sites to my blogroll, but as soon as I can, I'll add you.