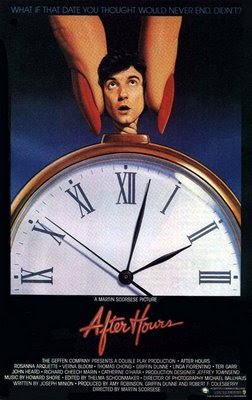 I LOVED After Hours. It totally freaked me out. Both because I don't think I
> was expecting it to be so dark, and because I think I was pretty young...and
> not very savvy...when I saw it. So it blew me away.
>

Loved After Hours and Vampire's Kiss. This got me to googling and I found out that Joseph Minion (the writer of both) has a flick in the works called Intense Girl Scouts. Could be a dud, but ya gotta like that title!

'intense girls scouts'??? i'm there. sounds like the best thing this side of "killer nun". thanks for the tip, jay.